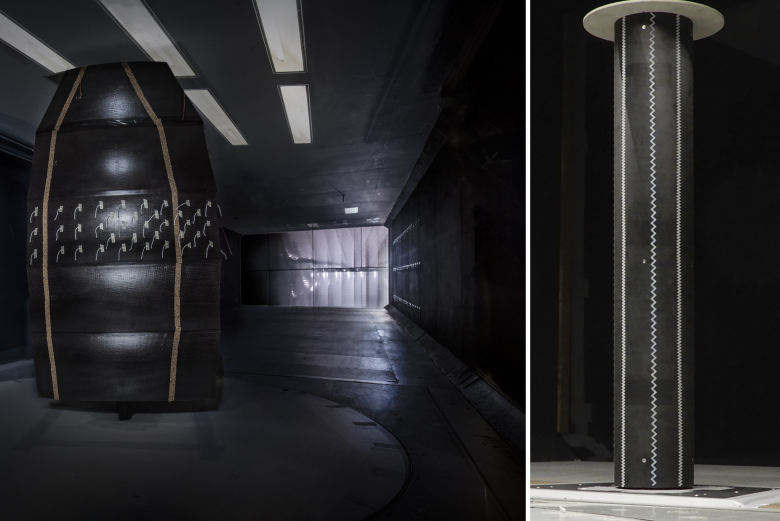 Together with MARIN, Peutz has set up a research project into wind assisted ship propulsion. The goal of this project is to contribute to effective, sustainable and safe wind assisted propulsion of ships. Within this project, a DynaRig sail and a Flettner rotor have been subject of wind tunnel tests.

Wind tunnel tests
Peutz has conducted wind tunnel tests to determine the aerodynamic performance of a DynaRig sail and a Flettner rotor. The tests have been conducted at the atmospheric boundary layer wind tunnel facility of Peutz located in Molenhoek, the Netherlands. The wind tunnel data are used to validate the models for use on a free sailing scale model in the Marin Wind Lab experiments. These combined aero- and hydrodynamic experiments are challenging since the hydrodynamic scaling also drives the aerodynamics into very low Reynolds numbers.

The Flettner rotor was also tested at different wind speeds and especially at the expected very low Reynolds numbers for the free sailing model. For these conditions the effect of additional roughness on the rotor was investigated. Also the effect of the end plate was assessed.