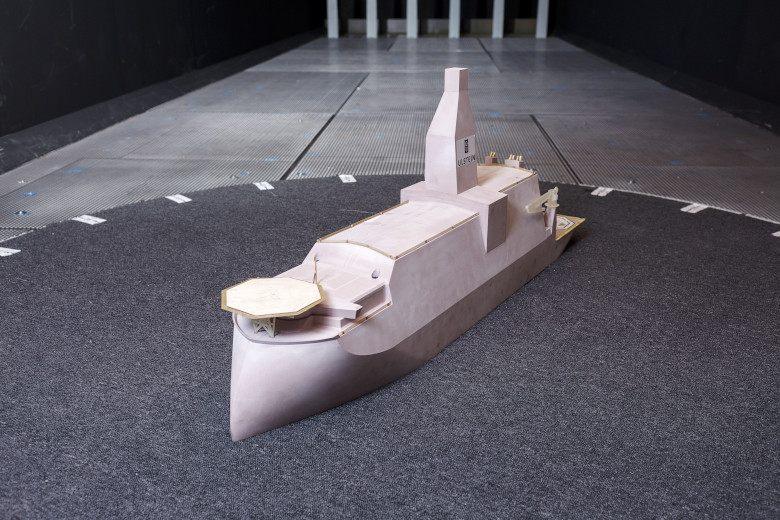 An arctic drillship with an overall length of 230 m, a beam of 44 m and a draft of 10 m is designed by Ulstein Sea of Solutions B.V.

Measurements of the wind loads are conducted on a scale model of an arctic drillship in the Atmospheric Boundary Layer Wind Tunnel Facility of Peutz. The wind loads are measured with a high frequency 6-component balance system, while the model is exposed to an approach flow according to the actual maritime wind velocity and turbulence boundary layer profile.

Through wind tunnel measurements of the wind load coefficients the highest accuracy is achieved in calculation of required thrust capacities, dynamic positioning (DP) capability and DP definition and optimisation.